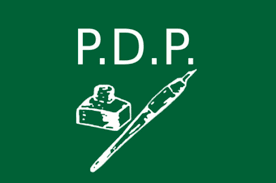 Srinagar: Peoples Democratic Party (PDP) on Friday condemned slapping of Public Safety Act (PSA) against the already incarcerated leadership in Jammu and Kashmir including its President Mehbooba Mufti, terming such a government action undemocratic, unprincipled and reflection of anarchist politics.

In a statement issued here, PDP spokesman said that the political leadership of Jammu and Kashmir is being hounded for simply being a conscious and echoing the public sentiment.

He said that the reasons for prosecution of PDP President Mehbooba Mufti is that she resisted every evil design of the BJP against the core interests of Jammu and Kashmir and that the government has made her a target of malicious vendetta. “The arrest is a clear case of political vendetta and yet another example of vengeance for standing up against the assaults being made by the BJP against Jammu and Kashmir’s unique position,” said the spokesman.

In Jammu, meeting of senior PDP leaders was held in which slapping of PSA against the former Jammu and Kashmir Chief Minister Mehbooba Mufti was condemned in unison.

Speaking on the occasion, PDP General Secretary Surinder Choudhary termed such a government action as a clarion call for all saner voices in Jammu and Kashmir’s political landscape to unite and stand up against such a ruthless fascism which is talking toll at present. He said that the PSA against Mehbooba Mufti, Omar Abdullah, Dr Farooq and Sartaj Madni is a clear attempt by the government to undermine institutions of justice, democracy and fair play. “Never ever was the need felt so desperately as is today for the political leadership of Jammu and Kashmir to unite against such an erosion of democratic values and in unison defeat the nefarious designs aimed at turning Jammu and Kashmir into hub of anarchy and political uncertainty. While the wounds caused by the assault against JK’s unique position were still reeking, the new blow has bruised people’s hearts and minds beyond repair. If the remedial measures aren’t taken by the BJP without delay, the situation could anytime take shape of an inferno,” says Choudhary.

He said that PDP is mulling to contact other political groups so that a joint strategy is devised that could foil JP’s such unconstitutional and undemocratic measures with impeccable will and courage.

Choudhary added that PDP President has battled against various forces very bravely and the impression she has left on the minds of people is that she is actuated by high sense of fairness and impartiality.

He added that the PDP will continue to make strenuous efforts to get Jammu and Kashmir out of the vicious cycle of uncertainty and chaos and is united like never before to support its President Mehbooba Mufti amid the present precarious period.

Choudhary said that the people are well aware of the fact that how in spite of taking over in very trying circumstances, PDP President ran the government with integrity and calibre. He said that from employing country’s best lawyers to defend Article 35-A in the Supreme Court to giving justice in Rasana case, the PDP president put everything including power at stake to defend the state from villainous elements and that at present every conscious stricken person is duty bound to pitch for her release from illegal detention. 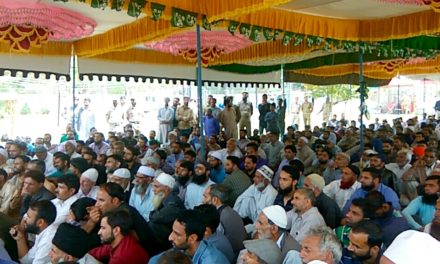 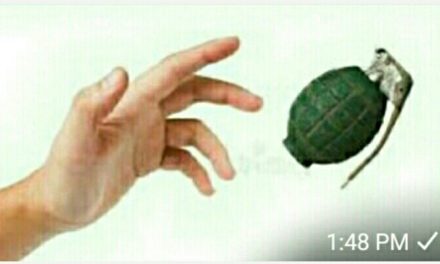 One held with grenade in Pattan 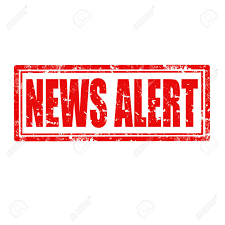