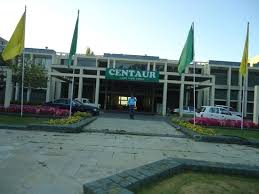 We have 40 rooms already booked for guests including Accountant General, LIC employees, and three DIGs

Srinagar, March 21 : Santoor hotel employees and the guests who are already staying in the hotel since long that include three deputy inspector generals (DIGs) of police, Saturday staged a massive protest against the Srinagar administration’s decision of lodging passengers at the hotel “for quarantine.”

A group of employees told wire service—Kashmir News Observer (KNO), that Deputy Commissioner Srinagar Dr Shahid Iqbal Choudhary and Station House Officer (SHO) Nishat police station visited the Santoor hotel today and asked the General Manager of the hotel, Syed Shafat to keep rooms available for the lodgment of passengers who need to be quarantined and screened for Covid-19.

“This triggered a storm in the hotel as GM directly refused to provide accommodation for the travellers given the fact that out of 60 rooms, we already have 40 rooms booked for Accountant General (AG) and his staff, besides Life Insurance Corporation (LIC) of India employees and three DIGs, who have been staying in the hotel since long,” an employee of the hotel told KNO, wishing not to be named.

He said that at present protest is going on against the administration’s decision in which all the Santoor hotel employees and the guests too have joined. “Since there is a common dining hall and a gallery, the transmission of virus if found among the travellers, can spread like a bush fire. We are opposing the administration’s decision,” said another employee, who was part of the protest—(KNO) 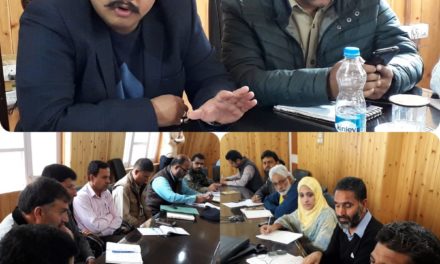 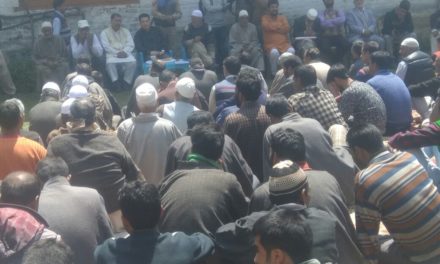 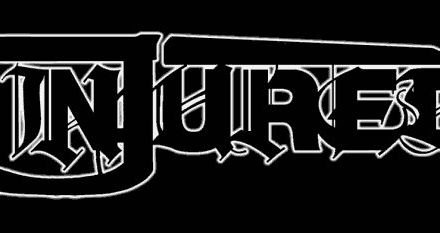