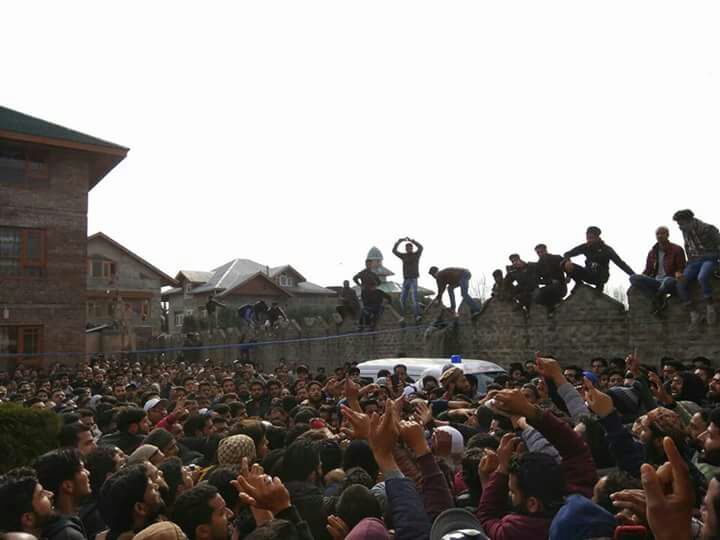 Srinagar, Mar 12: A large number of people were seen moving towards the Soura residence of Eesa Fazili, one of the three militants, killed in a gunfight with forces in south Kashmir’s Anantnag district on Monday.

Youth were seen heading towards the Fazili’s home on motorcycles and on foot to take part in his last rites scheduled at 2 pm.

As the news about his death spread on Monday, large crowd gathered outside his home at Ahmednagar.

His body reached his home at around 10 in the morning which saw huge commotion with people chanting pro-freedom and pro militant slogans.

Amid chaos, Fazili’s body was taken inside his home for his family members to have the last glimpse.

The protestors from Srinagar’s old city and Ganderbal were seen walking to participate in Fazili’s funeral.

The Islamic state flag was also displayed by people as body of Fazili reached his home.

Pro Zakir Musa slogans were also raised by the people, even as taranas were blaring out of masjid loudspeakers in the area.

The body of Fazili was later kept at 90 feet road by the people and his funeral is expected at around 3 pm.

A relative of Fazili said that he had studied at Burn Hall missionary school in Srinagar.

Funeral prayers of Sheikh Zuhaib to be held tomorrow at 8:30 am in Saloora 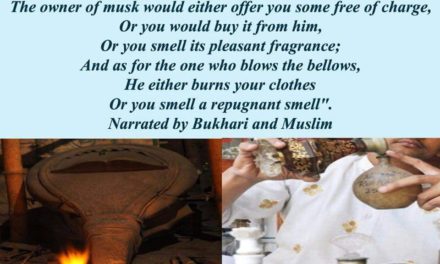 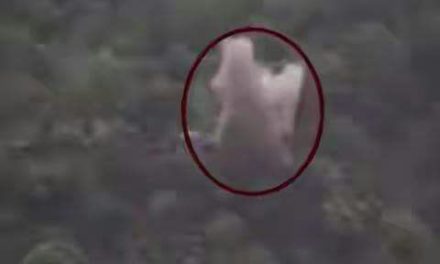