Shopian: Thousands of people turned up to bid adieu to slain Lashkar-e-Toiba commander Waseem Shah in his native village of Heff in Shopian district, where his father made repeated announcements asking people not to chant pro-Zakir Musa slogans in his son’s funeral procession.
“We only know Hizb-ul-Mujahideen and Lashkar-e-Toiba. We are not aware of what or who Zakir Musa is. Please refrain from shouting slogans in his name,” Wasim’s father Ghulam Muhammad Shah announced at the funeral procession in Heff village.
Some youths in the procession, however, did not pay heed to Ghulam Muhammad’s request and shouted pro-Zakir Musa slogans, creating a bit of a scene. A local cleric had to pacify the agitated people who objected to the pro-Zakir slogans.
Zakir Musa is the former commander of Hizb-ul-Mujahideen who founded his own outfit, Ansar Ghazwat-ul-Hind, a few months ago.
Local sources told Kashmir Reader that more than ten thousand people attended Wasim’s funeral and seven rounds of funeral prayers were held for him, amid pro-freedom, pro-Pakistan and anti-India slogans.
“The ground where the funeral was held had been decorated with banners depicting pictures of slain Hizb commander Burhan Wani and his associate Naseer Pandit,” locals told Kashmir Reader.
Sources said that candies and almonds were showered by wailing women on the corpse of Wasim.
Coming from a prosperous family of orchardists, Wasim was known for his swing bowling skills before he joined militant ranks.
“He won dozens of medals and trophies and the nickname of Wasim Khosh (leftie) for his immaculate swing bowling,” one of his childhood friends told Kashmir Reader, “He participated in every big cricket tournament across south Kashmir, till he picked up arms,” the friend said.
He said that Wasim was repeatedly picked up by government forces before he decided to finally join militant ranks.
“He was repeatedly tortured by the forces. When he could see no respite, he chose to fight instead of enduring all the pain,” Wasim’s friend said.
A similar throng of mourners gathered in Litter village in Pulwama district for the funeral of local militant Nisar Ahmad Mir. A large number of people had already gathered in Litter when the gunfight with the militants began early in the morning. The numbers swelled by the time Nisar’s body was handed over to his family at noon.
Local sources said that more than eight thousand people offered four rounds of funeral prayers for the slain 30-year-old Nisar. Locals described him as a humble and pious soul and well educated in religious matters.
“He had two masters’ degrees, one in Arabic and another in Education. He had also pursued a PhD in Islamic studies,” a local told Kashmir Reader. Kashmir Reader could not independently verify the claims of the local, given the chaos that prevailed in the village.
Other people that Kashmir Reader talked to said that Nisar led prayers and other religious gatherings in the village for a long time before he picked up arms this summer.
“He never missed a prayer since he was young. I have never seen a more pious soul,” a neighbour told Kashmir Reader.
Hundreds also attended the funeral of the civilian killed during protests in Litter, Gulzar Ahmad Mir, in Alaypora village of Lassipora in Pulwama district.
Mir was hit in the chest by a bullet after government forces opened fire at protestors near the gunfight site in Litter.
Police say that Mir was killed in “cross firing”.
Mir is survived by his wife and a 3-year-old son 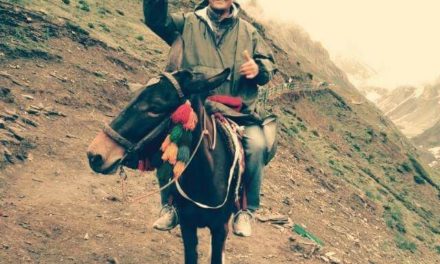 Flood threat in Kashmir is over: Sonum Lotus Predicts further improvement in weather from Thursday 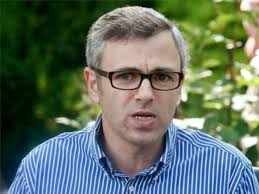