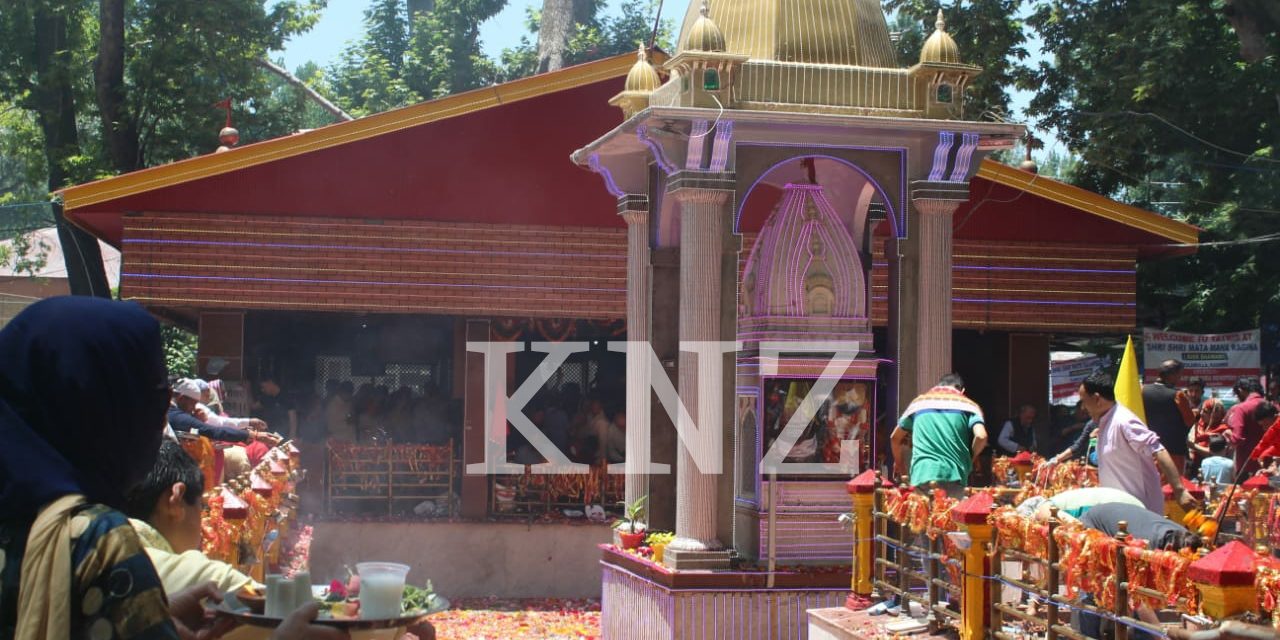 Thousands Hindu devotees majority of them from Pandit community assembled at Kheer Bhawani Shrine at Tulmulla. They were welcomed by their local Muslim brethren who like past had made arrangements for ‘Puja’ and other rituals. Amid chants of Vedic hymns and ringing of bells, pilgrims prayed for peace in State at the temple situated amid the majestic Chinar trees and the atmosphere was filled with fervour and brotherhood between Hindus and the Muslims.

The annual Mela Kheer Bhawani is symbol of centuries old brotherhood as local Muslims make all arrangements for devotees and even set up stalls selling flowers and other material for the devotees to offer at the temple.

Walking barefoot and carrying rose petals, the devotees, mostly Kashmiri Pandits, throng the temple every year and offer milk and “kheer” (pudding) to the sacred spring within the complex.

The devotees said that the festival holds very important significance for them and that is the reason why people from all corners of country arrive in Tulmulla.

A non-migrant said the devotees made special prayers for peace, prosperity and brotherhood in Jammu and Kashmir.KNZ 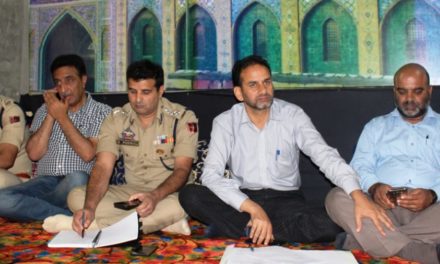