GANDERBAL, DECEMBER 04:Chief Minister, Mehbooba Mufti convened a day long grievances redressal camp here today. During the day long camp, the Chief Minister listened to scores of deputations and hundreds of people who apprised her of their developmental needs and sought their redressal.

Legislators and ex legislators of the district were present on the occasion.

The deputations in general thanked the Chief Minister for initiating work on the New Ganderbal Project and bringing Government infrastructure at their doorstep to know their developmental needs and addressing them on spot.

Deputations from areas like Kangan, Gund, Wusan, Chinad, Chatergul, Lar, Watlar, Wakura, Gagangeer, Tulmulla, Sonamarg, Gutlibag and other areas met the Chief Minister and sought redressal of their grievances. The demands put forth by the deputations during the day long public outreach programme today included strengthening and upgradation of road networks in the district, improvement in health facilities, besides improving educational infrastructure, stabilization of irrigation canals in the district. They also demanded engagement of local youth in the mega infrastructure development projects in the district.

The Chief Minister announced release of Rs Two crore for the early completion of widening of Beehama-Pandach road and Rs 20 lacs for developing and renovating of local sports field. She also announced release of Rs 50 lacs for undertaking de silting of various irrigation canals in the district and Rs. Five lacs for beautification and improvement of the shrine of Hazrat Rahim sahib at Safapora.

Several deputations from Kangan area demanded office space for SDM, strengthening of local hospital, replacement of fire tender at local fire station, strengthening of power distribution in Cherawan village, macadamisation of roads in the area, playfield at Ganewan and improvement of Haknar road.

A deputation from Sonamarg demanded opening up of a Post Office and construction of bridges over Nilgrath nallah and at Sarbal.

A deputation of wicker willow traders demanded adequate land availability for growing Wicker saplings and incentives to the trade.

The Chief Minister listened to the demands of the deputations throughout the day and it continued till late in the night. In many of the cases Mehbooba Mufti gave on spot directions for the redressal of the grievances which was hailed by the deputationists.

The public outreach programmes launched by the Chief Minister have evoked an interesting response from the public who come up with their problems for an on the spot redressal.

So far Mehbooba Mufti has conducted such programmes at Pulwama, Anantnag, Kuglam, Kupwara, Bandipora, Budgam and Baramulla in Kashmir Valley and Ramban, Samba and Kathua districts in Jammu province during which hundreds of people apprised her about their problems and difficulties. 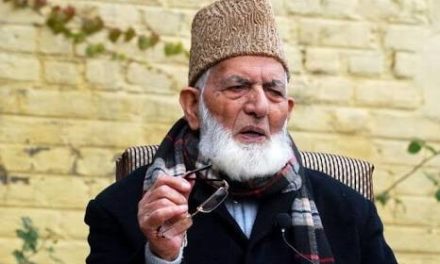