Srinagar: Amid heightened security arrangements in Pathankot and Kathua, a special Court on Monday convicted six accused in the Kathua Rape and Murder Case.

Vishal, the son of Sanji Ram has been acquitted of all charges.

According to the SP operations of Punjab police for Pathankot, Manoj Thakur, over 300 police personnel have been deployed in and around the court complex.

The main accused in the case is village head and retired revenue officer Sanjiv Ram. Others arrested and charged in the case were his son Vishal, a “juvenile” nephew, his friend Anand Dutta and two special police officers Deepak Khajuria and Surendra Verma. The two policemen were arrested over the destruction of evidence in the case.

Even as the verdict was pronounced, the nomadic Bakarwal community, including the parents of the murdered 8-year-old are en-route Kashmir with their cattle. “We have to move as per our own schedule. What will we do in court now,” the victims father said.

The crime branch of Jammu and Kashmir Police on April 9 filed in court their chargesheet in the case of abduction, rape and murder of 8-year-old Gujjar girl of Kathua district. Seven persons were accused of the crime in the chargesheet. The eighth accused is a juvenile.

A senior police officer said that the crime branch conducted meticulous investigations and collected “irrefutable” evidence against the eight accused. “All the eight persons, including the juvenile, had hatched the criminal conspiracy to kill and rape Asifa,” the officer said. “We are satisfied with the investigation and are fully confident that the accused will be successfully tried in the court of law.”

The statements of almost a hundred witnesses were recorded. Forensic reports established that the girl was kept captive inside the Devisthan temple in Hira Nagar, of which Sanji Ram was the caretaker. Strands of Asifa’s hair were recovered from the temple after one of the accused told police that she was held there. She was kept unconscious by giving her a sedative.

The police also established that the motive of the crime was to drive out the nomadic Gujjar community from their homes and land in Kathua district.

Head Constable Tilak Raj and Sub-Inspector Anand Kumar were accused of destroying evidence of the crime. Reports say they washed Asifa’s clothes before submitting them as evidence.

The child’s mutilated body was found in a forest area on January 17.

Amid massive outrage over the savage killing of the child, the case was handed over to the Crime Branch.

The case also drove a wedge between the then BJP-Peoples Democratic Party alliance in the state after two BJP leaders – Chowdhury Lal Singh and Prakash Ganga – participated in a rally organised in support of the accused.

The Supreme Court ordered that the trial be shifted out of Jammu and Kashmir after lawyers at the Kathua court prevented the Crime Branch from filing charges amid high drama on April 9. The prosecution team in the case comprises JK Chopra, SS Basra and Harminder Singh.

All the accused, barring the juvenile, were shifted to Gurdaspur jail on the orders of the top court. It also restricted the appearance of defence lawyers to one or a maximum of two per accused, and ordered day-to-day in-camera trial by the district and sessions judge at Pathankot 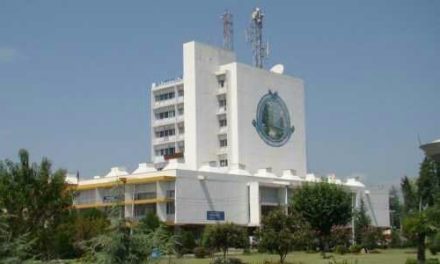