Kashmir can be resolved through Kartarpur like initiatives, Says Mehbooba Mufti 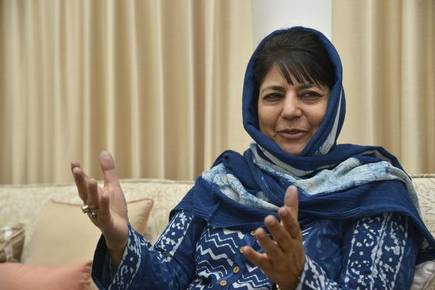 Srinagar, Nov 26, CNS:Former Chief Minister and President Peoples Democratic Party (PDP) Mehbooba Mufti on Monday said that instead of bloodshed and attempts to enforce silence of graveyard, Kashmir can be resolved through Kartarpur like initiatives.

Mehbooba said in a statement that the decision taken by Pakistan is appreciable and same was reciprocated with grace and statesmanship by the leadership of our country.  “Bold, honest and humanitarian initiatives are needed to resolve Jammu and Kashmir problem. It is worthwhile to witness that Kartarpur corridor was opened on a day when so many human lives were taken by terrorism in Mumbai in 2009. If we continue with this response, there is no reason why Jammu and Kashmir problem should not be settled,” she said.

Mehbooba said that by taking the decision of opening the Kartarpur corridor, country’s leadership has exhibited statesmanship that too when electoral exercise is on. However, the PDP chief said  it appears that voters are unmindful of this and in fact, this could become a model for the future.  “It has given us an idea that electoral considerations cannot any longer hold back the  governments from taking decisions that are aimed to improve the ties between two countries,” she said.

The PDP chief also pitched for the opening of Sharda shrine corridor in Kashmir across the LOC where Hindu devotees and pilgrims could go without hassle. She said that in Jammu and Kashmir,  a major preach has been made in the mindsets of decades by opening Muzaffarabad, Chakan da Bagh and Poonch Rawalakot routes for the people.

Condemning the present spree of killings in Kashmir, the PDP President said that as the wounds inflicted by past violence were still seeking, nine people, have been killed this week alone in Valley.

Urging the youth to shun the path violence , she said there are solutions available within the democratic and diplomatic space and we must give that a try.

She also disapproved of the idea of some people that by killing the youth Kashmir problem will vanish or go away.

Expressing a deep sense of loss for the continuing bloodshed with includes teenage gunmen, civilians and armed forces, the PDP chief said each one of them counts for a tragedy at an individual level.

She added that the people at the helm should stop looking at Kashmir with jaundiced eyes and adopt a humanitarian approach in resolving the crises which loom large in the state menacingly. “Trigger happy approach will not solve the Jammu and Kashmir problem. Confidence building measures,  dialogue and reconciliation are the only ways that could protect the state from an apocalypse,” Mehbooba said 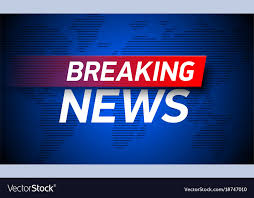 Breaking: Militants hurled a grenade at a police station in Baramulla; No injury reported