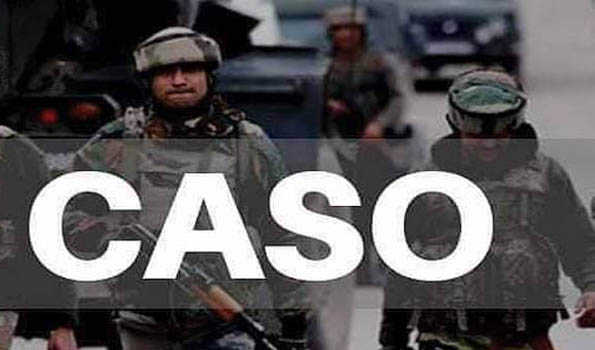 Sources informed that security forces jointly launched anti militancy operation in the area after receiving specific inputs about the presence of militants. He said door to door search operation was launched.

Local sources told that number of forces have been deployed in the area. However, No contact has been established with the militants so far, they said, adding that the operation was going on when the reports last came.

When Kashmir News Zone -KNZ Contacted SSP Ganderbal Mr Khalil Poswal he said we have a specific inputs of in presence of militants in the area and Security forces launched a corden in the area,he added (KNZ) 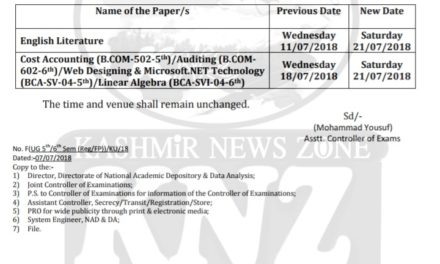 Kashmir University Student Special by Ehsaan Yousf The examination in the following papers of BG 5th & 6th Semester Regular/Fresh Private, Batch-2015 (Session June-July, 2018) shall now be held as per the revised schedule given below: 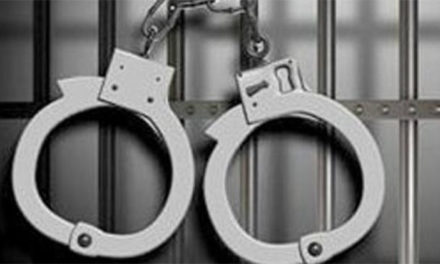 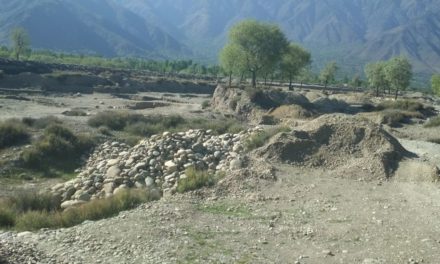